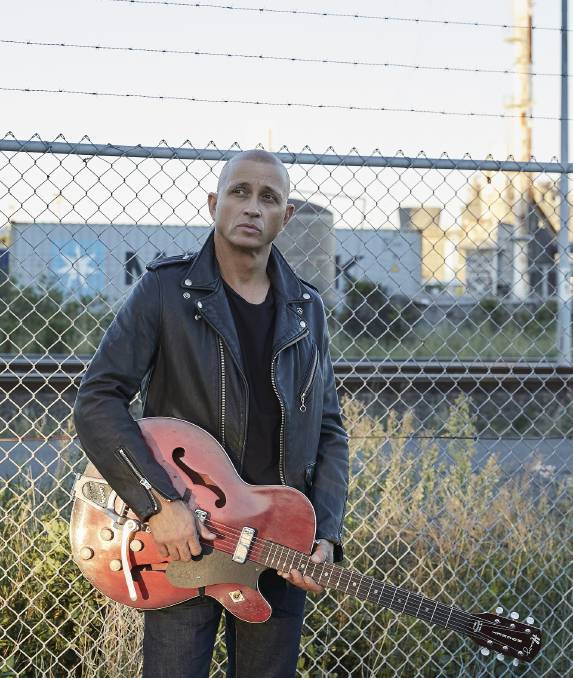 With 30 years of chart-making success, three time ARIA Best Male Talent (alongside a select few including John Farnham, Alex Lloyd and Gotye) Mark Lizotte, better known as Diesel, says he has had a charmed life, making music exclusively for people that are interested. "What more could I ask for, " he says.

In 1987, Johnny Diesel and the Injectors moved from Perth to establish themselves in Sydney. And it didn't take long. Their debut album went plantinum and entered the charts at No. 2

"Sure, I often think of the chain of events coming across from WA. It was a pretty cut and dried situation. We didn't even get the chance to hang around Sydney like a bad smell. We got off the bus with $93 between us and lived on $5 a day each. We did shows for $200, which was not bad if you were solo, but not a whole band, plus one crew."

They played nine shows a week, when they first hit town. Diesel says they were like squirrels and figured they should just collect as many "nuts" as they could.

He puts the band's success down to a combination of things. "Songs must have got people's imaginations going, we were unpredictable. You try to write songs that hook people in, speak to them at the time. We came along with a familiar hybrid, bluesy, rough diamond thing going on, and I guess we were refreshingly raw and unapologetic.

On hearing their first record at a shopping mall while doing a signing, Diesel says it sounded pretty chaotic. "Hearing it out of the studio, it sounded different. I only transitioned from cello to guitar a few years before. I remember feeling it's really raw, it's under-cooked. But the producer didn't want to make it too polished. It's hard to pull back and not polish a record. But we had to respect him for doing that."

In 1992, Hepfidelity was the first album under Diesel's own name, and scored him the Best Album ARIA. Right on the Tip of my Tongue was the biggest single off the album. Success followed with his next two albums as he continued to tour Australia.

American born, it was only natural Diesel gravitated back there to try his hand in the US market. He scored a residency at the famous Arlene's Grocery, a unique venue in New York that has been the launchpad for many up and coming artists.

"It was a cosy place. I'd tried so many other venues at the time. I was looking through all the flyers with my daughter the other day - some of them were horrible logistically and Arlene's was close to home. So it was convenient, a good size, and the room had a nice sound to it.

"The guy running it took a shine to me. A contingency of Aussies came to my show and they spent money at the bar. So he would call and offer me nights. I did do other gigs and venues like the Mercury Lounge (on New York's lower east side) and The Bowery Ballroom (built in the late 1920s). Suddenly you were playing your so-called hit songs and they would like it, but not know it. That was an advantage, not every schmuck had played the amount of the gigs I had."

He says he learnt a lot doing acoustic shows in small venues. "As a soloist you have to let the song do the work. I had previously felt comfortable in front of a wall of speakers. Since I have been doing solo shows, this is about my twelfth year, I feel empathy for stand-up comics."

He is really enjoying this tour. "I get to celebrate 30 years. It's nice for people to come out and hear what they want. It is something to celebrate and I don't take it for granted."

"Lifespan in the music industry is terrible. Thank god there are things like support acts. There are a lot of ageing musicians and road crew that are doing it tough. We don't have superannuation like people in companies. Suddenly you get old. We live in a country with such a rich tapestry and history of music we should respect it and acknowledge. We [musicians] are also a community, we need to look after it.

"Age is a cruel thing, but you start to care less about things that are not worth it. A record has a lifespan, its something I am now way more comfortable with.

"Advice I give to younger artists is trust the music. It is totally down to the individual. The biggest irony is there is no reality in reality TV. You have got to get out there and just do it. Even though I have all these accolades, I still have to go out there like a foot soldier, people need that update. People can't be on the same page as you all the time. There is nothing like word of mouth.

"I want music to be a visceral thing for me. I don't care if they take it apart and want to try to analyse it. I'm just a conduit to the music."

He says EPs of four songs are the go for the future. "Albums are great, but EPs feel less tedious, not as overwhelming. You have a little chance to breathe. I'm working with ideas that are just popping into my head at the moment.

"My drummer, myself and an engineer go into the studio and say 'what have you got?' and by the end of the day, we've got a song. The end result is classic me. But I'd be lying if I didn't say I've gotten a bit cheeky, I know this works. It's a bit like Jackson Pollock - you stand back and let things fly. What's the worst thing that will possibly happen.

"It allows each little EP to be thematic. If it doesn't suit the climate at the time, you go back to the start. It's like the beginning when we couldn't afford to do a 10-inch vinyl."

This story Diesel fuels up for 30 years of greatest hits first appeared on Port Macquarie News.

Discuss "Diesel fuels up for 30 years of greatest hits"

Discuss "Diesel fuels up for 30 years of greatest hits"