THERE are 25 candidates in the running for a place at the Port Macquarie-Hastings council table.

Eight councillors will be elected, one person will be chosen as mayor.

The local government elections will be held on December 4.

Early voting for the Port Macquarie-Hastings Council electionis open with five pre-polling places to choose from.

Early voting venues are open until December 3 from Monday to Saturday between 9am and 5pm.

All voters are eligible to vote early in person ahead of the December 4 election day.

Who is in the running?

Group A on the councillor ballot paper is headed by Lisa Intemann, Nik Lipovac heads up group B and Lauren Edwards from The Greens is the lead candidate in Group C.

Peta Pinson heads up Group D and Rachel Sheppard is the lead candidate in Group E.

Independent Jon Bailey is flying the flag for the Camden Haven region, while Steven Gates of Byabarra is in the running for the mayor's job only.

In the running for mayor, in ballot paper order, are: 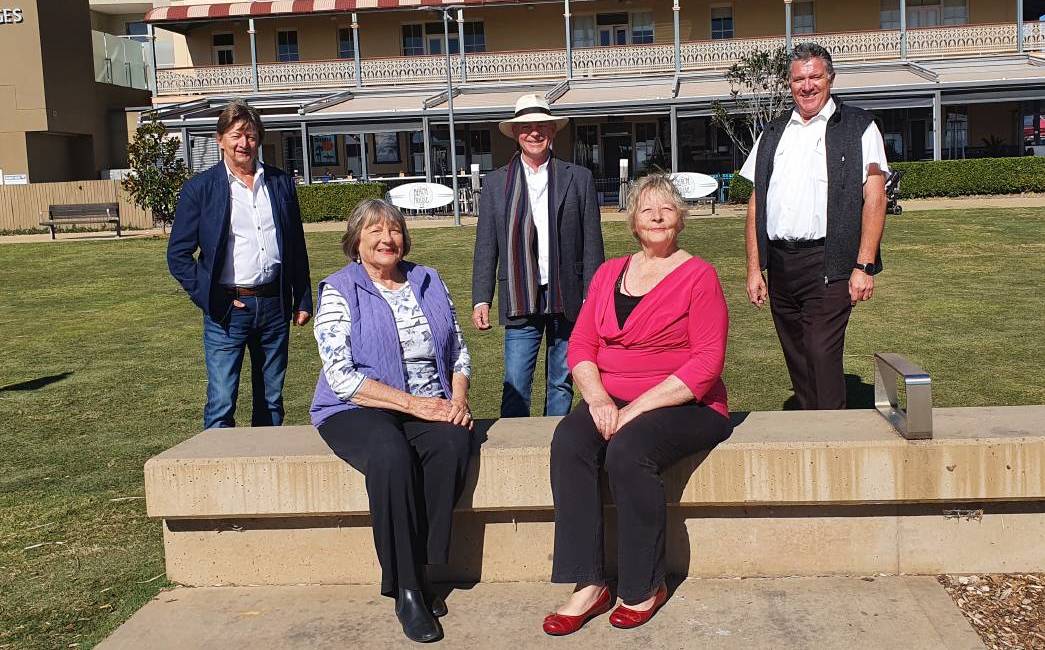 Led by current deputy mayor Lisa Intemann who has 21 years' experience as a councillor including six years as deputy mayor.

She said the team will address issues on their merits and in-depth. She said it is important to be well informed and create teamwork across the community.

The group's approach to working together and with other people is about building trust, joining forces across the community and finding real solutions.

Stewart Cooper, now semi-retired, has a business background in accounting and IT project management. He is a member of the Community-Council Action Team for Lake Cathie and is one of the founding members of Saving Lake Cathie.

He is in favour of managing development in a way to ensure infrastructure is provided ahead of time and in consultation with the community.

Narelle Milligan started her teaching career while living in Wauchope and teaching in Beechwood, becoming involved in the community when she moved to Port Macquarie and calls the North Shore home.

Paul Bradford, who has been self-employed for most of his life, moved to Port Macquarie just over six years ago. He spent about 35 years in various roles with Scouts. The Hastings Shuttle Service owner is keen to be a conduit between the grassroots community level and the council. 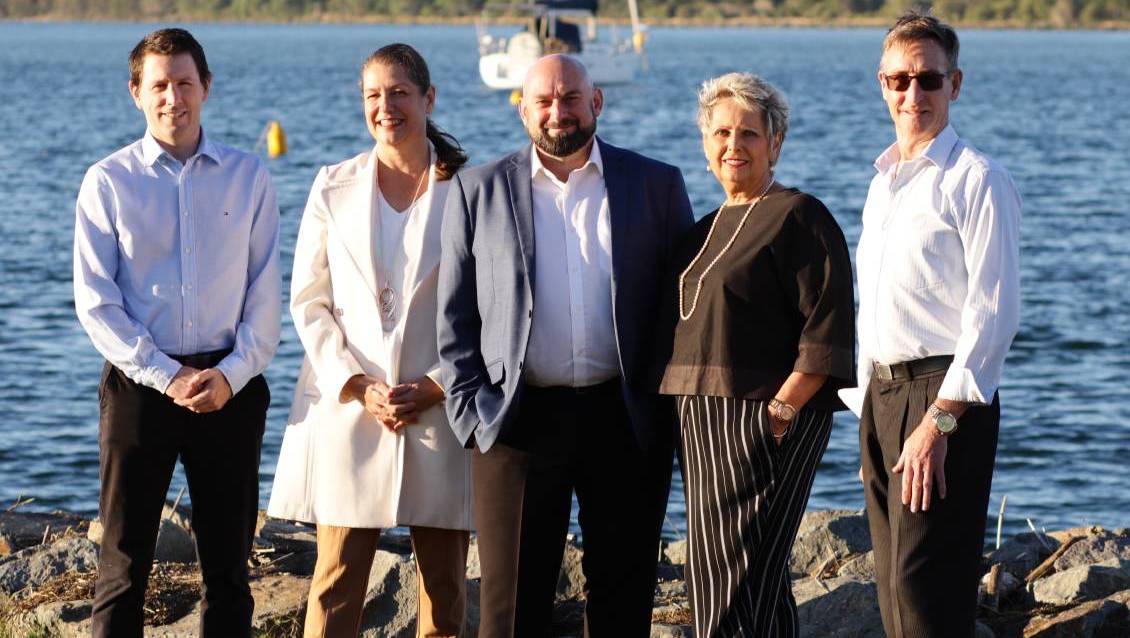 Nik James Lipovac said Hastings First is focused on the concerns of the community at the grassroots level.

Hastings First believes it has the experience and commitment to help make informed decisions on the key issues impacting the local government area. They said the "in-fighting" in council must stop and believe council has "lost touch" with its ratepayers.

Nik Lipovac is known as a media personality on 2MC-FM and Radio 531, as well as his links to business, community and sporting organisations.

Kerry Fox has many years of leadership experience in strategy and innovation across all facets of business. She has passion, energy and a focus on fairness and justice for the community

Linda Lenord has a background in the education sector with a focus on young people and their link to the future of the region. Linda has her own business which focuses on helping organisations build strong, effective leadership teams from a strengths-based perspective.

Michael Clarke has 42 years of experience working in the finance sector. He is relationship driven and brings strong analytical and risk assessment skills with an existing connection to the business community via his banking and finance experience.

Justin Hardie has experience working in the area of investment in, and delivery of, renewable energy, rail and road infrastructure. He is a believes council should represent the needs of the whole community, not just "prioritise the privileged few". Lauren Edwards leading the charge for the party. She is a local small business owner and has lived, worked, studied and volunteered in the Port Macquarie community over the past 22 years while raising her now adult daughter.

Ms Edwards said she is proud to be running on the Greens ticket and brings a focus on grassroots participatory democracy, social justice, non-violence and ecological sustainability.

Stuart Watson is is seeking real action on climate change, an area of major policy failure, he says, by successive governments over many years. He is a long term resident, husband and father, a small business owner and renewable energy consultant.

Drusi Megget has lived in Australia for over 40 years since she moved here from New Zealand. She came to Port Macquarie in 1994 with her family. Now retired, she has been a high school teacher, an IT analyst/programmer and a TAFE teacher.

She has been a member of the Greens for over 20 years and has stood as a candidate for council twice.

Les Mitchell is a father and grandfather and has a professional background in natural resource management. He is an active member of a number of Landcare and conservation organisations in the Port Macquarie-Hastings area.

He is particularly committed to the preservation and management of remaining bushland in this area and the long-term protection of koalas and other threatened species.

If elected as Greens councillors, they will act for the community on all matters with four major local objectives - climate action, improved public transport and transport alternatives, biodiversity and social equality. 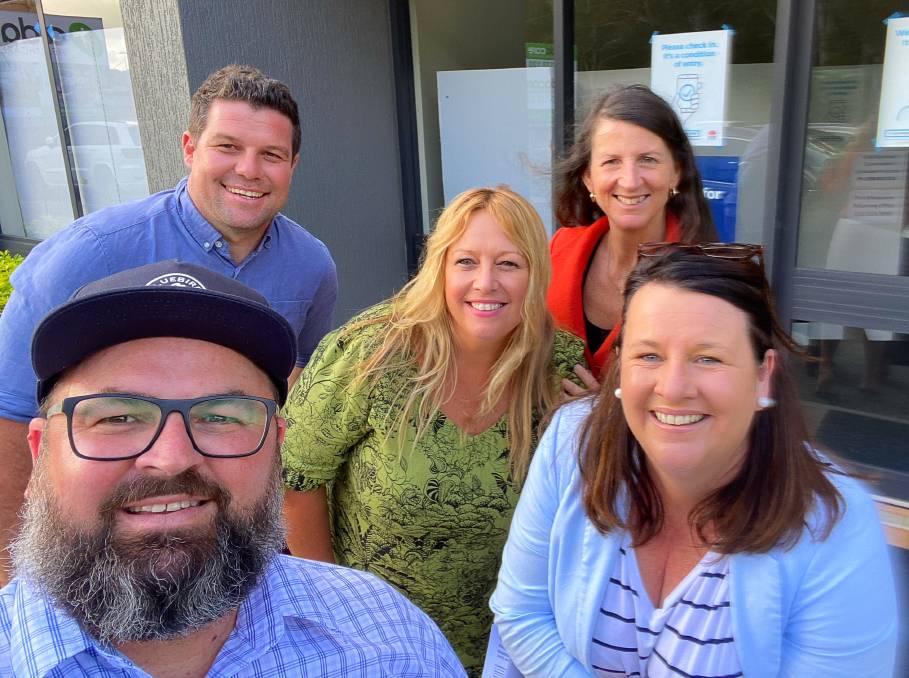 PetaPinson has been at the helm as the region's current mayor while the region continues to rebuild from years of drought, a devastating bushfire season, a health pandemic and most recently, widespread record-breaking floods that have decimated already crippled communities.

Cr Pinson said she will continue to provide "leadership, direction and positive results" for Port Macquarie-Hastings.

Cr Sharon Griffiths will contest her third successive election. She has been a councillor for nine years and has more than 30 years' experience as a small business owner.

Danielle Maltman has a background working with state and federal government agencies as a community and industry representative and more recently, has been at the helm of the volunteer community advocacy group Revive Lake Cathie as president.

Businessman Adam Roberts represented council between 2012 and 2016 and in that time held the position of deputy mayor.

The group shares an ideal of providing genuine leadership on many critical issues that are facing our community now, while always keeping in mind issues we will likely face into the next generation.

The team said its agenda will focus on delivering council's core services as a priority and to embark on an infrastructure, traffic management and broad-based beautification initiative for the region. 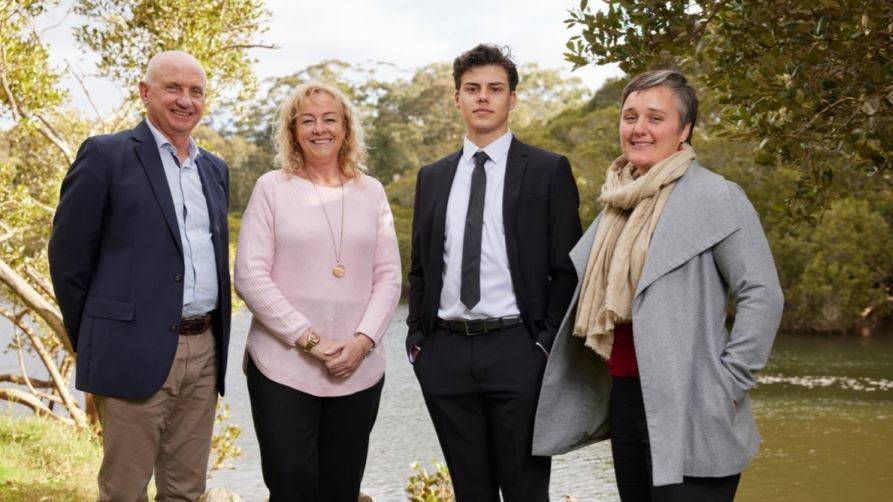 Led by Rachel Sheppard, the group ticket will focus on sensible, sustainable progress and aim to improve the way Port Macquarie-Hastings Council listens to the community, operates and plans for the future.

The team will build community values into the core of council's strategy and planning through better decision-making with a commitment to leadership that listens to community, science, and experts; investment in infrastructure; economic development planning to increase living standards; and sensible sustainability strategically integrated into council operations.

Rachel Sheppard is a mother, local psychologist and a soccer player. She has emerged as a local community leader in her roles on council's COVID Recovery Working Group, PMHC Think2050 community ambassador, a climate action advocate, community representative on the Sustainability Sub-committee, local agriculture advocate, and as a regular contributor to council's economic development planning activities.

His personal priorities are better roads and infrastructure, a new aquatic centre, improved pedestrian and cycleways, promotion of the natural beauty of the region, more effective communication between the council and ratepayers and a more socially just community.

Linda Elbourne has lived and worked in Port Macquarie for the past 25 years. She is currently the vice president of the Port Macquarie Chamber of Commerce.

Ms Elbourne spent 20 years working for Essential Energy in a corporate environment and has spent the past four years working in and learning about the disability sector. She looks after business development and marketing for the Willing & Able Foundation and has just opened their first support home.

Ethan Francis has lived in Port Macquarie since he was 15 and attended Hastings Secondary College. He is the youngest candidate running at the local election. He has an interest in nature and its processes which is why he chose to study a Bachelor of Environmental Science & Management in order to expand that interest.

Mr Francis believes Port Macquarie as a town should lead by example and work towards goals that benefit the people of the community and the environment they live in. 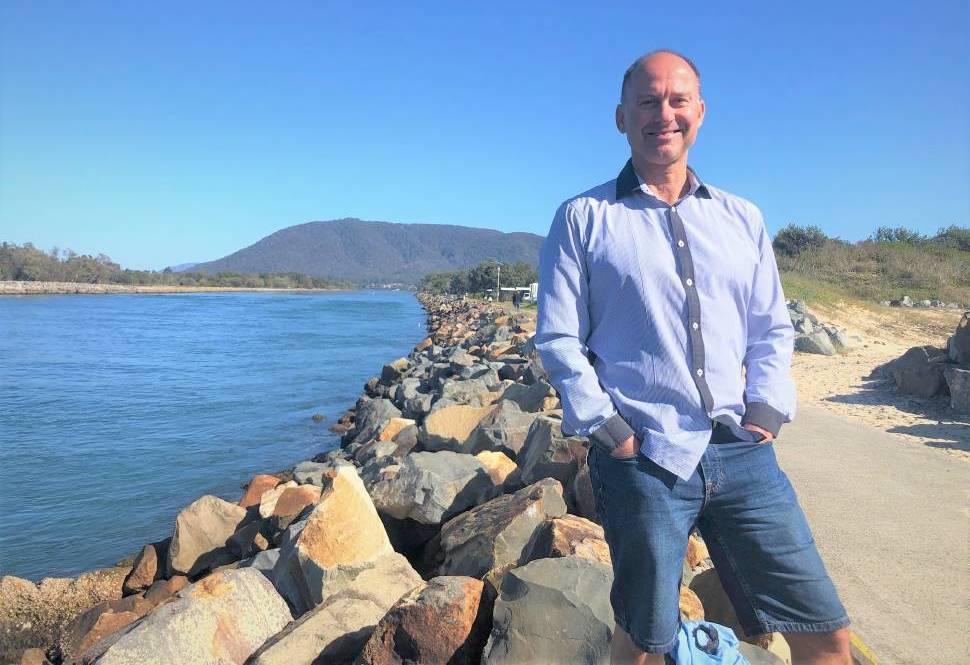 Mr Bailey has lived at Bob's Creek for 40 years and enjoyed a 36-year career in the media as a cameraman for NBN Television.

He is well-known and respected in community, business and sporting circles and made the decision to run as an independent candidate so the Camden Haven has a seat at the table.

That growth, he says, has extended well beyond the boundaries of Port Macquarie with the residential sprawl rapidly infiltrating smaller village communities. The impact is infrastructure is not matching the growing needs of those communities.

Mr Bailey said environmental challenges in the Camden Haven are impacting on the livelihood of local families, particularly stormwater overflow into the local river system.

Council and its performance, including the behaviour of the elected body, deserves close scrutiny, he said. This term of Council requires a transformative elected body to urgently implement targeted programs to undo 20 years of incompetence, secrecy, and poor decision making, according to mayoral candidate Steven Gates.

After 10 years in senior and executive management as national human resources manager and industrial relations, supplemented with 13 years of setting up and running a facilities services company, Mr Gates has acquired keys skill sets in consultation, negotiation, performance management, and a business focus of "just get it done".

Mr Gates acquired a detailed understanding of Council's activities, processes, failings and accomplishments in a three year research project spanning 20 years, and is a strong community advocate for Council transparency and accountability.

Mr Gates is widely known for his 32 day row from New Zealand to Australia in 2007/08, and a 1,150 walk to the South Pole in 2008/09. Together with wife Allison and two daughters, they operate a 500 acre cattle property at Byabarra. Residents know Mr Gates for his passionate advocacy to Council and commitment to driving change.

His decision to only run for mayor is driven by his unique skill set and detailed understanding change cannot happen in Council unless the elected body drives change through the CEO down through Directors and senior management.

Change must start from the top, he says, and only the Mayor is in a position to directly achieve this. He applauds feedback the new CEO is adopting a change philosophy.